The 4th International Conference on Intelligent Human Systems Integration: Integrating People and Intelligent Systems (IHSI 2021) will be held as a virtual conference, February 22-24, 2021.
Palermo was founded by Phoenician traders in the 8th century bc. It later became a Carthaginian settlement until its capture by the Romans in 254 bc. The city decayed under Roman rule but prospered after ad 535, when the Byzantine general Belisarius recovered it from the Ostrogoths. Palermo is the capital of the Italian island of Sicily.

A lot of accommodations can be found in Palermo, including B&Bs, hostels and apartments. Here a list some options:


Transportation - Directions: How to reach Palermo
The international airport for Palermo is easily connected to the mainland which can give you quick access to Palermo, and also a convenient means of accessing some of Italy’s other top attraction cities like Rome and Milan. Sicily is one of the 20 regions that the Italian Republic is made up of and it is located in the central Mediterranean region in the southern part of Italy. You can even arrange stopovers in one of these iconic cities if you cannot get a direct flight to Palermo and really put your vacation into high gear.

By Airplane:
The international airport of Palermo, knowns as Falcone-Borsellino (also known to some as Punta Raisi) is about 30 km from the heart of the city. By Plane, Here’s How Long It Would Take To Reach Palermo From Certain Major Cities:

Taxis: This is a pretty set charge between the airport and the city at 40 €, though there is a word of caution that comes along with this.

Palermo was founded by Phoenician traders in the 8th century BC. It later became a Carthaginian settlement until its capture by the Romans in 254 BC. The city decayed under Roman rule but prospered after AD 535, when the Byzantine general Belisarius recovered it from the Ostrogoths. The Arabs conquered Palermo in 831, and it flourished as a centre of rich trade with North Africa. Palermo was thus quite prosperous when it fell to the Norman adventurers Roger I and Robert Guiscard in 1072. The ensuing era of Norman rule (1072–1194) was Palermo’s golden age, particularly after the founding of the Norman kingdom of Sicily in 1130 by Roger II. Palermo became the capital of this kingdom, in which Greeks, Arabs, Jews, and Normans worked together with singular harmony to create a cosmopolitan culture of remarkable vitality. 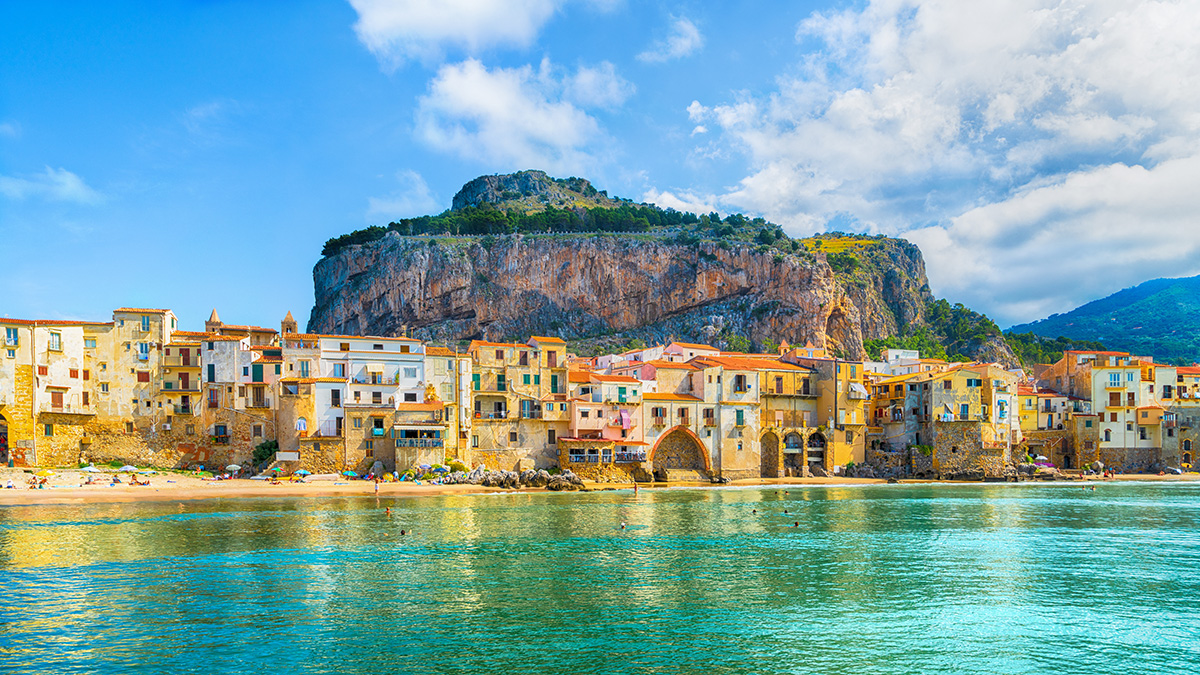 Norman rule in Sicily was replaced in 1194 by that of the German Hohenstaufen dynasty. The Hohenstaufen Holy Roman emperor Frederick II shifted the centre of imperial politics to southern Italy and Sicily, and the cultural brilliance of his court at Palermo was renowned throughout western Europe. The city declined under succeeding Hohenstaufen rulers. It was conquered by the French Charles of Anjou in 1266, but Angevin oppression was ended in 1282 by a popular uprising called the Sicilian Vespers. Palermo then came under Aragonese rule. After 1412 the crown of Sicily was united with that of Aragon, and subsequently with that of Spain. Palermo declined during this long period of Spanish rule. In 1860 Giuseppe Garibaldi seized Palermo, which the following year joined the united kingdom of Italy. The city was severely bombed in July 1943, when it was taken by Allied troops. Parts of old Palermo, where buildings were destroyed during World War II, remained unrestored into the 1990s. Because of its location, Palermo is also the perfect launching pad to discover the rest of Sicily. From the airport, you’ll find transfers to Cefalu, Catania and Erice. Or book a guided tour to take you around these charming towns.

Palermo Cathedral is a UNESCO World Heritage Site. It is a collage of various architectural styles following centuries of additions, restorations and rebuilding. The most impressive piece is the portico on the front façade – three arches reworked in the Catalan Gothic style, with one column dating back to when part of the original building was a mosque. 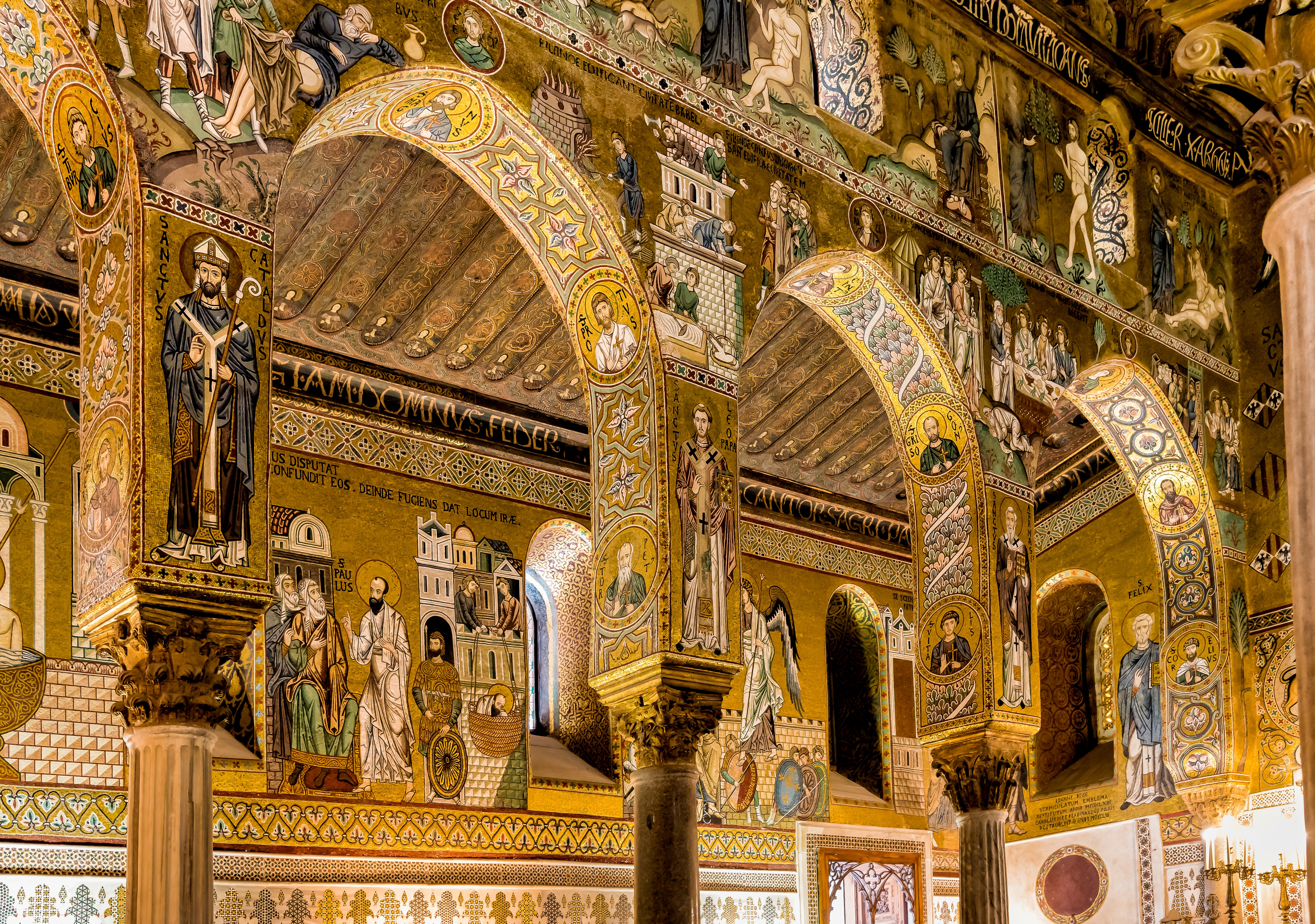 One of Palermo’s most popular nightlife attractions, the six-tiered behemoth that is Teatro Massimo, the Palermo Opera House, is the second-largest opera house in Europe. Before the show even starts, you will be enchanted by the craftsmanship, with the ceiling decoration being a particular highlight. Seeing the Cappella Palatina, or Palatine chapel, in the Palazzo dei Normanni, is one of the most popular things to do in Palermo. Queues are long but the interior is worth the wait. The exquisitely detailed Byzantine mosaics that decorate the walls and floors of this chapel recount tales from the old testament. 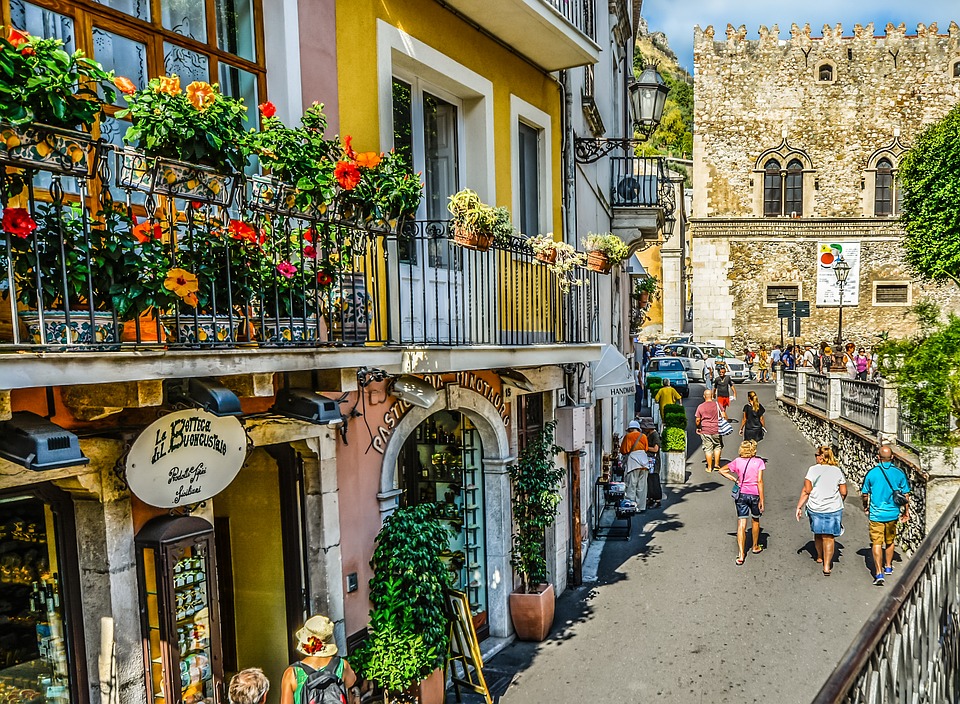 The Palazzo dei Normanni itself is now home to the Sicilian regional parliament, and tours of the building are available all year round – visitors wishing to take the tour should check before travelling for available dates.

Palermo Cathedral is a UNESCO World Heritage Site. It is a collage of various architectural styles following centuries of additions, restorations and rebuilding. The most impressive piece is the portico on the front façade – three arches reworked in the Catalan Gothic style, with one column dating back to when part of the original building was a mosque.

Just south of the cathedral is the Ballarò market, the busiest market in Palermo – an excellent place to try local delicacies.


For those wanting a slightly more unique Palermo holiday, the catacombs of the Cappuccini play host to the mummified bodies of over 9,000 people.

If you’re looking to escape Palermo’s old town and the city centre, the white sandy beaches of Mondello are located just 11 km to the north. Accessible by bus or taxi, the waterfront is lined with restaurants, bars and amenities.

Welcome to IHSI 2021 in Italy: Italy, a European country with a long Mediterranean coastline, has left a powerful mark on Western culture and cuisine. Its capital, Rome, is home to the Vatican as well as landmark art and ancient ruins. Other major cities include Florence, with Renaissance masterpieces such as Michelangelo’s "David" and Brunelleschi's Duomo; Venice, the city of canals; and Milan, Italy’s fashion capital.

The University of Palermo was founded in 1806 by Ferdinand III, in an area that had been used for learning and research since the late 1500s. The university exists today as a premier institution in the Sicilian capital. It boasts numerous facilities across the city, with a main campus located on the shoreline and encompassing Palermo’s beautiful botanical gardens. Students of the university are in a prime position to enjoy the sights and sounds of one of the most ancient and historical cities in Italy.

Palermo itself sits along the northern shore of Sicily. Looking out across the Mediterranean Sea, it has secured a reputation as being among the most beautiful cities in Europe. Students in Palermo also gain access to the rich and varied culture of Sicily, with its Roman, Greek and Arabic influences touching nearly every aspect of the Sicilian way of life from the cuisine, to the art, to the language. The University of Palermo also offers a wide variety of courses in English as well as courses in the Italian language, forming a part of the institution’s international outlook. As well as this, the university also operates a Centre of Sicilian Philological and Linguistic Studies, specifically to allow students to immerse themselves in the complexities and unique elements of the culture and language of the island.

Welcome to Palermo and Sicily